Check Out WOD Immediately After:

Jorge in the 2nd pull of the squat clean: 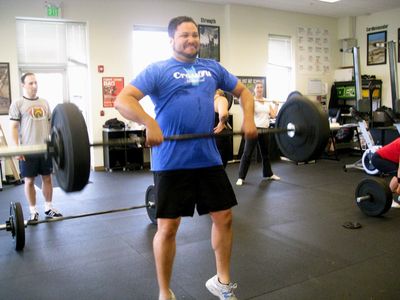 Michelle working on flexibility with Bridget: 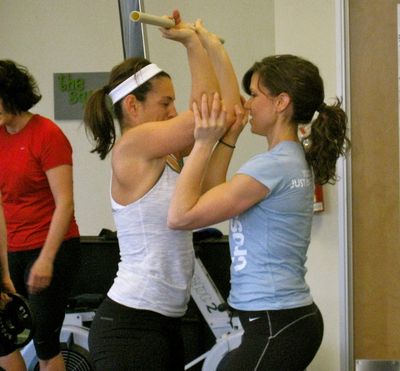 The clean and jerk is known as the “King of Lifts” because it allows for more weight to be lifted overhead than any other known weightlifting technique. Why is it called the clean? From Wikipedia the early 20th century technique for lifting weight in competitions was known as the “Continental”. This was a movement practiced by Germans over the British (from the continent) and involved pulling a barbell up to rest on a belt, then flipped and wrestled clumsily up to the rack position to press overhead. This became known as a slow, nonathletic, and inefficient method compared to the faster way to lift the bar “clean”. The Continental fell out of favor and the clean was adopted by weightlifting federations as the official movement. Thus the story behind the “clean”.

This week and last we have focused on the clean. The power clean, hang power clean, and today the hang squat clean and full squat clean. The key to the squat clean is the second and third pull. The second pull is where you reach triple extension of the hips, knees and ankles (as Jorge is doing above) and the third pull being the pull under the bar as it reaches it maximum height and the lifter pulls into a deep squat and receives the bar. It’s vital to limit the load and practice the full squat clean movement technique rather than piling on the weight and breaking it up to do a power clean and a front squat.

Wonder what the Olympic Weightlifting world records are for the clean and jerk (yes squat clean)? Men’s world record is 581 lbs.! Women’s is 412 lbs.! Think about all of that weight deadlifted, cleaned, squatted, and pressed overhead.

CrossFit Seattle is hosting Robb Wolf for a Paleolithic Solution Nutrition Seminar on Sunday, May 2nd from 9am to 5pm. Cost is $195. If you are interested you can find out more and register here. Robb is the one who ran our CrossFit Nutrition Cert back in 2008 and literally changed our lives. His seminar educated us to what eating healthy really is and opened our eyes to the meaning of “real food”. 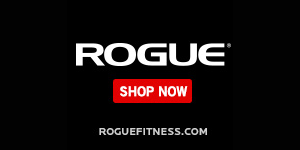