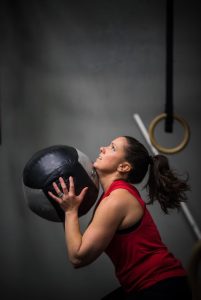 The NoBull CrossFit Games 2021 Open begins this Thursday on 3/11 with the first Live WOD announcement by Date Castro at 5pm PST!

This year we won’t be doing lobby gatherings but tune into the Games website and Facebook page for info on each week’s workouts. Things will be a little different this year. While we all want to have “Friday Night Lights” we won’t be hosting the typical come cheer, drink and hang out party for obvious reasons.

However we will still be programming it weekly on Friday with potential to make it up on Monday for only registered athletes. We will still have two waves to each Friday class to allow for judges. We will still have the gym leaderboard on the Games website; and all of the positive energy, push and accountability that comes with signing up for the Open.

In case you haven’t heard the the latest Governor’s announcement, gyms are ordered to shut down STARTING TUESDAY 11/17 until 12/13.

Our last full day of classes is Monday 11/16 (including the Teens class at 4pm).

After being forced to close for 4 months (March-June) and having significant losses to our revenue, we had recently climbed back some despite being limited in classes. Membership rebound had been encouraging for September and October. We need your support and hope each and every one of you stick with us and will not drop your membership. That said we understand of course that everyone is impacted by this in some way. Please email us if you need to make any updates on your membership.

Please stay tuned for details around equipment checkout dates later this week (no rowers, bars and bumpers as we don’t have enough for everyone). We will continue to program workouts you can do at home during this and will loan out a combo of KB/DB, abMat, box and rope. We will also send an email out by tomorrow to all current members. 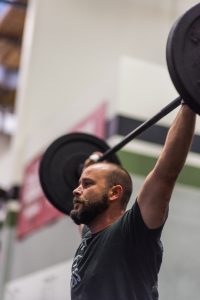 * RX Supine Ring Row = Elevate feet on box. When hanging from the rings the athlete’s back with arms extended should be at same height as box for elevating the feet. No “kip” or sag in hips. Scale = move feet to lower box or on floor.

The final stage of the 2020 CrossFit Games kicks off this Friday at 8:00 AM PT. Event descriptions and other Games news is dropping at a steady pace, here’s everything you need to know right now:

Schedule and How to Watch:

Road To The Games: All The Pre-Games Athlete Videos You Need To Get Fired Up For Stage Two 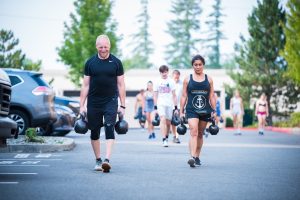 During his routine Instagram live on Thursday, Dave Castro announced several potential adjustments to the CrossFit Games season and addressed questions surrounding the summer event. The new updates come the day after news broke of the sale of CrossFit, Inc. to Eric Roza. 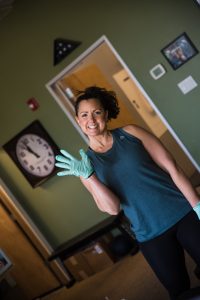 Please see the emailed MindBody Sign In Procedure as well as make sure you read our guidelines that we sent out this weekend.  We are going to be reopening for limited outdoor classes beginning this Wednesday, June 17th as part of Phase 1.5.

This means we will be outdoors. Weather will be a factor. We will still adhere to the attached steps but we will not be allowing workouts inside the gym or using the rig or other areas (unless there is severe weather). A bathroom and necessary equipment will be accessible inside and must be sanitized after use but we will not be allowing indoor classes. Please be prepared. Please be respectful of the neighbors in surrounding units, aware of parking, traffic and noise. We will designate the outdoor workout areas for 5 people.

Please see below for the Phase 1.5 gym schedule.  We will require you to reserve your class on MindBody (via MindBody web or MindBody App).  We ask you to please not book more than 2 classes per week to allow for as many members to have access to a class. We also ask that you try to have flexibility in your schedule if possible to reserve an open spot if your preferred time is full.  Hopefully we will be in Phase 2 in a couple weeks and will be able to hold more classes inside.

*All classes limited to 5 people and 45 min. total 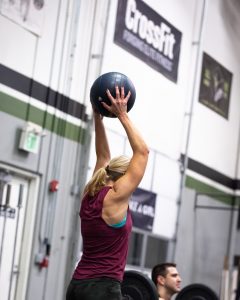 We are sending out our reopening guidelines, info and tentative schedule by tomorrow. Plan for June 17th or 18th (weather permitting) for Phase 1.5 outdoor classes. Please check your email and our Facebook group tomorrow for more details.

Update on the CFHQ situation re: Greg Glassman’s comments:

As we stated before we wholeheartedly disagree with and are heartbroken by Coach Glassman’s recent  Twitter post and the fundamental lack of respect, awareness, leadership, judgment, and racial insensitivity that he has shown through making light of George Floyd’s murder. It was inflammatory, inexcusable and incomprehensible and needlessly involved over 15,000 gyms, members, employees and small business owners around the world. As a result things have been happening fast, more so in the age of social media decision making.

That said before we disaffiliate we are waiting to see if the response from the community will lead to him stepping aside from CFHQ in some way. We recognize that change will not happen in 1-2 days. If no meaningful change happens then we would look to disaffiliate and not renew our affiliate agreement when it expires and rename our gym. To us meaningful change isn’t a social media apology (which he posted) but rather a fundamental change in leadership at the top. Simply put, he should not be the CEO making day to day decisions and guiding HQ anymore.  He is not CrossFit. Yes, he created the methodology. Yes, he created the model by which we operate our gym. However, WE are CrossFit. The whole worldwide affiliate community is CrossFit. So much good has been created from that. So many gyms around the world bringing diverse people together to improve their health (both physical and mental) and improve their lives. We aren’t ready to give up on that. We want to be part of the change from within CrossFit. I can think of several people within HQ and our broader community that are incredible people and are also minorities than can right the ship and be put in positions of greater influence and responsibility. I want to see that change. Walking away means not being a part of it.

We built this gym over 11 plus years starting from our garage. I began CrossFit in 2006 and Michelle followed quickly after. We helped start another affiliate in Steilacoom & Dupont, WA before moving to Snoqualmie to start all over again.  During these years it has changed our lives, our marriage, and our friends and family for the better. From competing to coaching we have literally poured countless hours, sweat, some blood, some tears, and many laughs into this community and this gym identity. It means something to our family and to me that I can’t really describe.  It honestly breaks both of our hearts to even consider disaffiliating. I know our gym won’t be permanent, but I want it to be lasting. I want it to mean something to us when we look back and say “we gave it a Hell of a run” over a nice pour of whiskey. I want others to think of it with a smile, and not think of it with being dragged down because of the careless actions of someone who has never even stepped foot in our gym. I want it to be “SnoRidge CrossFit”. Not SnoRidge Club of Constantly Varied Functional Fitness done at High Intensity (or Moderate Intensity). Many of you have said “it’s not the name” and I get that. But to us it still kind of is and always will be.

If we aren’t satisfied with the direction CFHQ takes then know that we are looking at the impact of rebranding and renaming and all of the work/steps/costs that incurs. It is a lot and has many ramifications. While you may not hear about it from us know that we will be acting behind the scenes while our current affiliate agreement is in place. If CFHQ makes changes that we are okay with we ask for your continued support and understanding and know where are hearts are, what we believe in and why we would still fly the CrossFit banner. 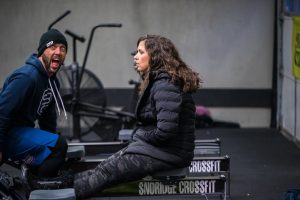 Stay tuned to this site, our FB group or Instagram page for more updates. We have lots to figure out based on the states requirements and will share when ready.  Phase 2 for King County will be no earlier than 6/2. Expect changes! 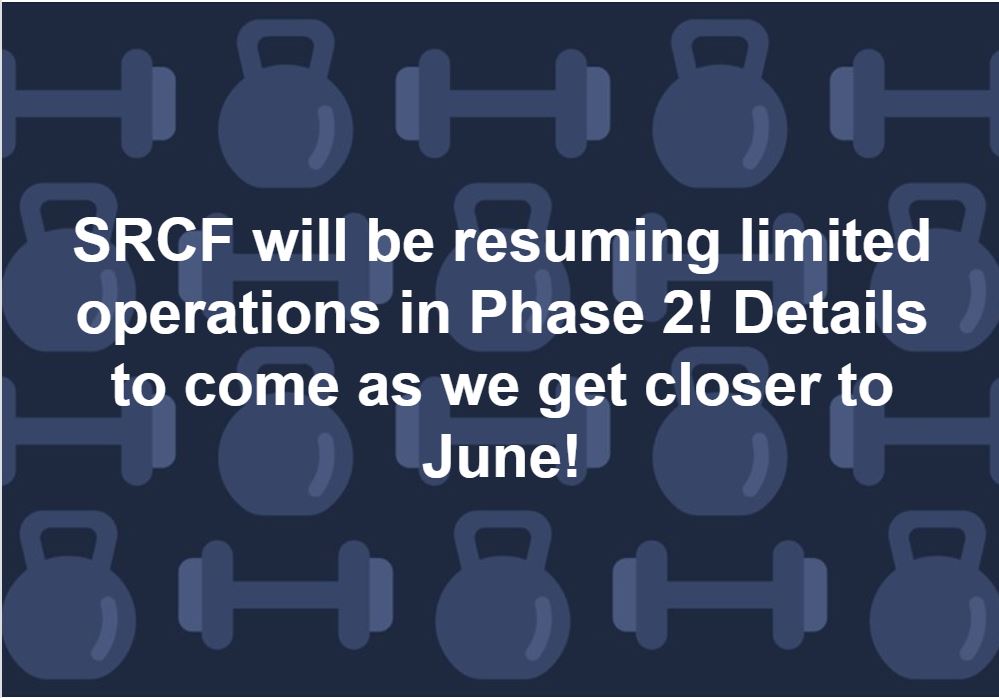 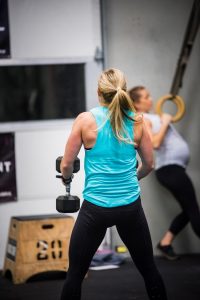 Use the heaviest weight you can for each set.
Rest as needed between sets.
* 5 complex on each arm
* Zoom at 5pm. We will do this strength complex together, then log off and WOD.

Today’s strength work is a dumbbell complex.  If you don’t have a DB you can sub a KB. Rest as needed between sets, warm up adequately with the load, and scale back reps if needed.  We will Zoom at 5pm today for those interested.  Strength complex up front then if we run out of time we can log off and people can hit the conditioning WOD separately. 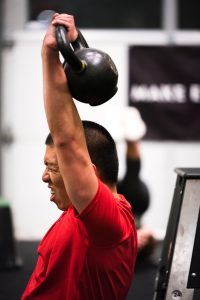 Perform this like “Fight Gone Bad,” by rotating
immediately to the next station every 1 min,
the clock does not stop or reset between stations.
* Zoom class at 5pm, check FB for login details
* Scale Hollow Rock by pulling one leg to chest or by doing a L position and rocking 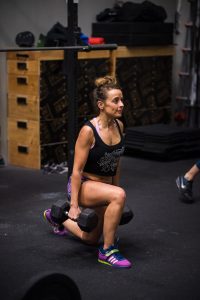 Complete as many rounds as possible in 18 mins of:
6 Lateral Burpee Over Dumbbells
8 Alternating Dumbbell Snatches, pick load
12 Walking Lunges
* As a team of 2, alternate each exercise (Partner 1 does 6 lat. burpees, then partner 2 does 8 snatches, etc.)